by philsra
I Washed the car today and found this, Ive just stopped weeping. It's the first one on my baby 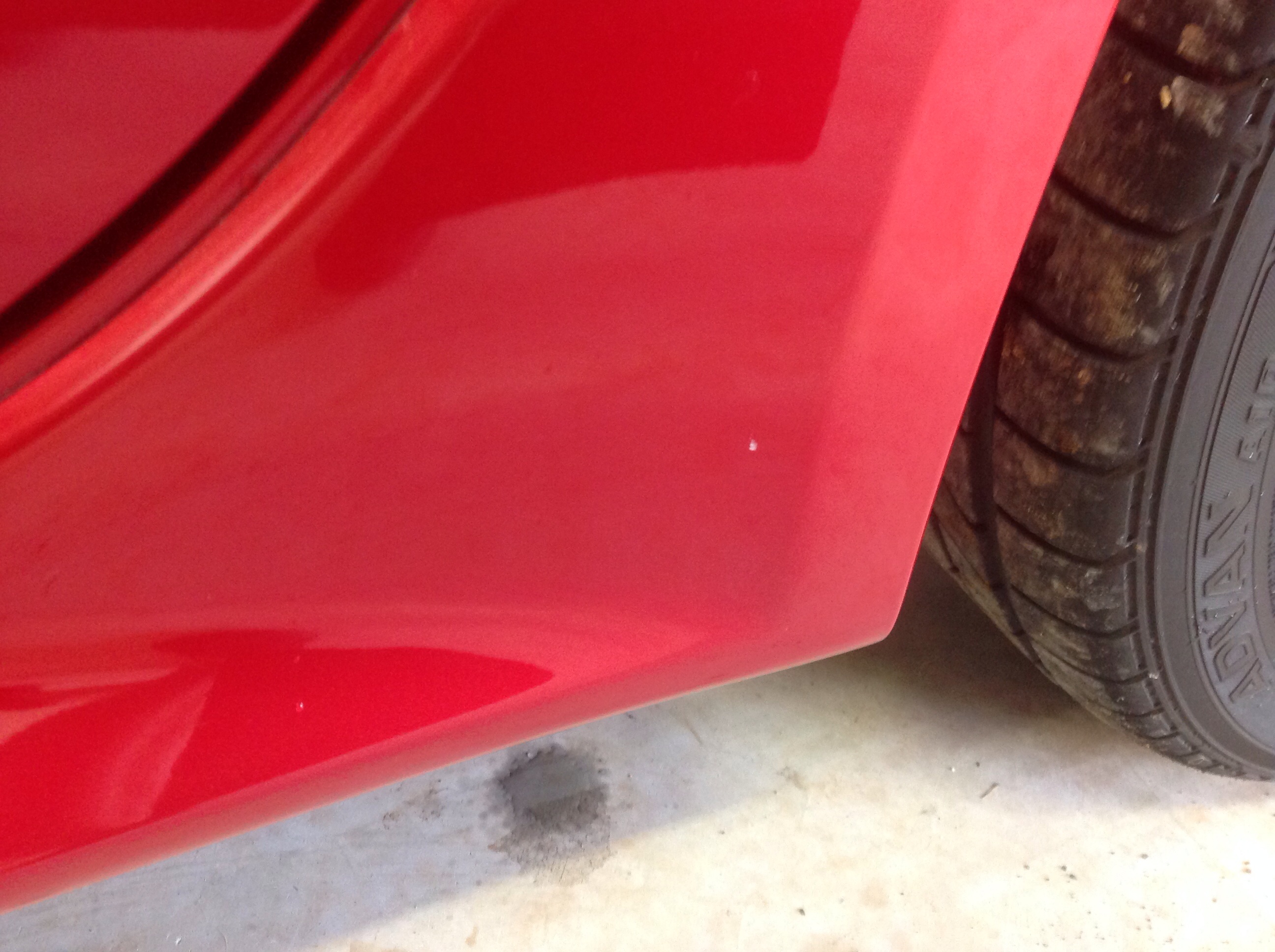 by akin6831
Lol... You should see the scratches on my ra... Hurt alot
by megatron
get use to it phil
by R4LLI4RT
i use to hate them

i think they add charm now

its like a man with scars, each one has a cool story
by Mystique

megatron wrote:get use to it phil

Day after I bought my baby, Some idiot in a car park managed to hit my rear bumper :C Words don't describe how mad I was

yet devastated
by Zaphod
On the very rare occasion I park mine in a shopping centre, I park away from the rest of the shoppers and straddle two spots... I'd rather walk the get a dent!

by turbogirl
Oh Phil that's nothing! Lol check out my RA next meet I've given up with touch up paint!

The first week I owned my RA I park it at shops, came back half hour later and someone had hit front. Bent number plate, chip size if finger nail off chrome, two scrap marks 5cm long ontop of chrome, small indent onling bottom underneath grill. I nearly vomited in car park and no note on windscreen! One of the main reasons I brought my dash cam! You can still see chip off chrome, I call it her missing front tooth lol a reminder for me on where not to park!

I've seen a women in 4wd push a trolley out of way with her bull bar only for trolley to toll down slight hill and into a car door. She got out and walked inside like nothing happened! I wrote note and left it on their window. When I came out from shops owner was waiting in car. I spoke to him and ended up leaving my number in case he needed witness for insurance. I would have loved to know what that women's response was when she returned to her car.
by sleeper
yes Phil, accept it as a "badge of honour" or you`ll be forever tearing your hair out

trolleys are a different wound

by Metalstrix
I have that too but also a dent. Caused by me ><
by el3ment
yup... first one is always the most painful.. after that.. its meh
by Lancer1993
Another reason to buy used, blame the previous owner

Been there, did that... got a hell lot more than just stone chips. lol
All times are UTC+10:00
Page 1 of 1
Powered by phpBB® Forum Software © phpBB Limited
https://www.phpbb.com/